What about Frame History? 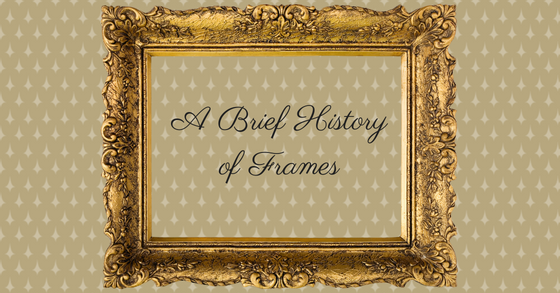 What about Frame History?

Of course, you’ve heard of art history, but what about frame history? Too often overlooked, frames have their own fascinating story to tell.

One of the earliest known “frames” was discovered in an Egyptian tomb that dates to the 2nd century A.D. Explorers found a Fayum mummy portrait still within its wooden frame. Mummy portraits (or Fayum mummy portraits) are a type of naturalistic portrait painted on wooden panels and were typically attached to either the sarcophagus or the mummy itself.

Most Fayum mummy portraits were not framed, however. Well into the Middle Ages, simple wooden panels remained as the most common substrate for painting. Sometimes, a border was painted directly on the panel. In the later Middle Ages, artisans began carving borders on the panel – the panel and the border remained as one piece.

Frames did not come into their own until the Renaissance. A less costly method – using mitered wood strips – became more commonplace. The strips were attached to the wood panels so that they resembled a carved border. Known as an “engaged frame”, early versions were relatively simple in design.

Throughout the 14th and 15th centuries, most paintings were commissioned by the church. They were often large, wooden semi-permanent installations. Tabernacle frames also began to make their appearance. These looked structural, like a small building and featured an ornate top and base supported by pillars on both sides. The design was based on the ornamentation found around doors and windows of the period.

Also, during the Renaissance, wealthy nobles began to commission their own works of art. This was the beginning of the modern frame as we know it.

The Florentine Renaissance ushered in the idea of a frame as separate from a painted work, and Florence stood at the epicenter of this transition.

In 1423, Palla Strozzi, a banker and at one time the richest man in Florence, commissioned a version of the Adoration of the Magi. The gilded panel painting was based on the medieval prototype of an architectural framework, but for the first time, the frame ended up as a separate elaboration from the painting.

Over the next decade, other prominent Florentine artists, including Brunelleschi, Donatello, and Michelozzo, contributed to the development of the idea of a frame as a separate work in its own right.

Frames continue to evolve and change. With the advent of photography in the mid-19th-century, for example, people began to make their own frames.

Later art movements, such as Impressionism, Abstract Expressionism and Modern led to new and different types of frames designed to compliment and enhance the paintings. In some cases, frames fell out of favor – most contemporary works on stretched canvas, for example, are not framed.

Regardless of your preference and style, you can count on Four Star Framing for affordable quality custom framing. Whether you are framing a family photo or heirloom, a sports jersey, paintings, creating a shadowbox or anything else we’ll help you make it perfect. And, every frame comes with a lifetime guarantee.

Frames to Last a Lifetime 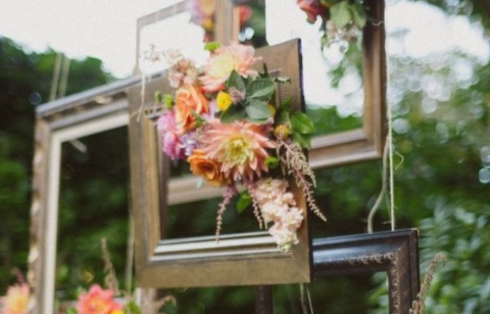 July 10, 2018 - 1:31 pm
This month we’re not going to post a full blog. Instead, we want to celebrate the wedding season by highlighting...
Powered By Four Star Framing